This chapter is a little short. I decided to split chapter 7 into two chapters and save some of my brilliance for the Final, assuming I beat Phish in this round. Chapter 8 will be up sometime over the weekend, then.

Chatper 7: Trouble with an Old Geezer


From a distance, Premietown looked lush and green, landscaped for the very best the city had to offer. Up close, the last few glimmers of twilight mingled with the opening rays of streetlamps to bounce a saccharin glow off rows upon rows of plastic plants. I'm not sure metaphors get much heavier than that, but there it is. Like a giant outdoor waiting room at a dentist's office.


Uber and I stayed along the side streets. We headed for the Premium Country Club, since Bloom's house was on the other side of that, and we could cover a lot of ground without being under the streetlamps. When we got there, we were met with honest to goodness trees. We dove in.


After a few moments we reached a fairway. Looking down to the left, we could see a small shack in the distance. A light was on inside. Probably the groundskeeper. I signaled to Uber to turn right and stay in the trees. Better to go around than risk being caught out in the middle of the fairway. After ducking from tree to tree for about a hundred yards, I heard wood splinter above my head, followed by the tell-tale crack of a gunshot behind us. I turned and saw a man standing next to a golf cart in the fairway, holding a rifle.


"Stop right there, you sumbitches!" the man yelled.


We bolted through the trees, but we could hear the whine of the electric motor out on the open grass getting closer. When we got to the tee area, I hit Uber on the shoulder and pointed. Across the tee, over a green, was another wooded area. It was thick and wide, and would offer cover from the crazy man in the golf cart. And it would put us in the right direction toward Bloom's. He nodded, and we took off.


"I'll get you, you hippies," we could hear the man scream.


After flying over the tee and green area, we could just about see the trees when it happened. Maybe it was a trick of the (very dim) light. Maybe it was adrenaline. Maybe I hadn't had enough whiskey, and my brain wasn't working right. But somehow, we both missed the steep dropoff at the edge of the green that signaled a greenside bunker. We tumbled off the edge and slid down into the sand. I spit the sand out of my mouth and pushed myself up onto my hands and knees. I turned my head to the right. No Uber. I turned my head to the left.


"Alright," a voice behind me said. "Turn around. No sudden moves."


I did as I was told and saw an old man holding a rifle. Wafts of white hair stuck out from under his baseball cap. Crazy poured out from his black eyes.


"Walk slowly to the edge of the bunker." I did as I was told.


I'd heard of people being forced to dig their own graves, but rake them? This was surreal. But, I reached down to pick up the rake. As I did, I heard a thud and the sound of something heavy hitting the grass. I looked up to see Uber standing over the old man, holding a large rock. The old man didn't move.


"Any rope or anything in the cart?" Uber rifled through the contents of the electric buggy.


We used the towels to bind the old man's feet and hands. We laid him on his back in the bunker. He'd have a killer headache when he woke up, but hopefully he'd be comfortable, and someone would find him in the morning. I turned to Uber.

I'm assuming phish urinated on him**

"Crazy poured out from his black eyes"

"Crazy poured out from his black eyes."

Awesome line! I may have to weave that into a story I tell this weekend.

I just needed to work him in. 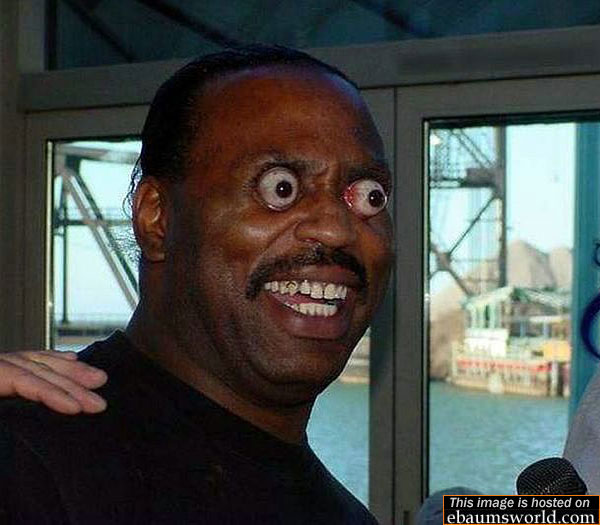 That's fantastic. I really did LOL. I'm gonna be laughing about that randomly for a while. lmfao
M

A late great poster that died in pit in Cap's basement.*