If you just opened this like I told you to, tie yourself down to whatever chair you're sitting in, because this post is going to be a rough f*cking ride.

For those of you that have your heads stuck under rocks, which apparently is the majority of this board, we have been F*CKING UP in terms of quality posting and general HLA. I've been getting texts on texts about people LITERALLY being so f*cking AWKWARD and so f*cking BORING. If you're reading this right now and saying to yourself "But oh em gee, I've been having so much fun with my posting this week!", then punch yourself in the face right now so that I don't have to f*cking find you to do it myself.

I do not give a flying f*ck, and NFA does not give a flying f*ck, about how much you f*cking love the Blackhawks. You have 1 or 2 days out of the f*cking year to talk hockey, and this week is NOT, I f*cking repeat NOT ONE OF THEM. This week is about fostering relationships in the OTF community, and that's not f*cking possible if you're going to just lurk around and talk shit about the quality of the OTF. Newsflash you stupid cocks: OTFers DON'T LIKE BORING OTFers. Oh wait, DOUBLE F*CKING NEWSFLASH: NOBODY IS GOING TO WANT TO TALK WITH US IF WE F*CKING SUCK, which by the way in case you're an idiot and need it spelled out for you, WE F*CKING SUCK THIS YEAR.

This also applies to you little shits that have talked openly about posting at a different board IN FRONT OF OTFers! Are you people f*cking retarded? That's not a rhetorical question, I LITERALLY want you to reply back telling me if you're mentally slow so I can make sure you don't post in anymore OTF threads. If Zizkov openly said "Yeah we're gonna invite the WC over", would you be happy? WOULD YOU? No you wouldn't, so WHY THE F*CK WOULD YOU DO IT TO THEM?? IN FRONT OF THEM?!! First of all, you SHOULDN'T be posting on other boards, I don't give a F*CK if your boyfriend is in it, if your brother is in it, or if your entire family is on that board. YOU DON'T GO. YOU. DON'T. GO. And you ESPECIALLY do f*cking NOT convince other posters to leave with you.

"But [first name redacted]!", you say in a whiny little bitch voice to your computer screen as you read this post, "I've been cheering on the OTF, doesn't that count for something?" NO YOU STUPID F*CKING ASS HATS, IT F*CKING DOESN'T. DO YOU WANNA KNOW F*CKING WHY?!! IT DOESN'T COUNT BECAUSE YOU'VE BEEN SOBER EVERY NIGHT. I've not only gotten texts about people being f*cking WEIRD on other boards (for example, being stupid shits and saying stuff like "durr what's IU football?" is not f*cking funny), but I've gotten texts about people actually cheering for Butler. The opposing. F*cking. Team. ARE YOU F*CKING STUPID?!! I don't give a SHIT about sportsmanship, YOU CHEER FOR OUR GODDAMN TEAM AND NOT THE OTHER ONE, HAVE YOU NEVER BEEN TO A BASKETBALL GAME? ARE YOU F*CKING BLIND? Or are you just so f*cking dense about what it means to make people like you that you think being a good little supporter of the OTF is going to make our matchup happy? Well it's time someone told you, NO ONE F*CKING LIKES THAT, ESPECIALLY OUR F*CKING MATCHUP. I will f*cking **** punt the next person I hear about doing something like that, and I don't give a f*ck if you ban me, I WILL F*CKING ASSAULT YOU.

"Ohhh, I'm now crying because your post has made me oh so so sad". Well good. If this post applies to you in any way, meaning if you are a little asswipe that stands in the corners at night or if you're a weird shit that does weird shit during the day, this following message is for you:

I'm not fuc*g kidding. Don't post. Seriously, if you have done ANYTHING I've mentioned in this post and have some rare disease where you're unable to NOT do these things, then you are HORRIBLE, I repeat, HORRIBLE PR FOR THIS BOARD. I would rather have 40 guys that are funny, post pics of girls, and not f*cking awkward than 80 that are f*cking ******s. If you are one of the people that have told me "Oh nooo boo hoo I can't post pics of half-nekkid girls, I'm too sober", then I pity you because I don't know how you got this far in life, and with that in mind don't f*cking post unless you're going to stop being a goddamn cock block for our board. Seriously. I swear to f*cking God if I see anyone being a goddamn boner tonight, I will tell you to leave even if you're sober. I'm not even kidding. Try me.

And for those of you who are offended at this post, I would apologize but I really don't give a f*ck. Go f*ck yourself.

Now, post a pic of your hot c*ck before I kick your ass!

What the rest of us call morning wood, you call breakfast.

Do NOT post pics of yourself in a 2-piece.

Needed to be stated LONG ago....

I knew you were the man over a decade ago when you were buying beer for me and my friends. 10+ years later and you're still the man.
Reactions: ArchieMillerTime

you been under a rock?

I think this needs to be read at the next OTF tailgate. Might inspire some people and may lead IU to a win. And if I hear anyone say Oh I am a ND football fan I will **** punt you.

Is This The Indy Car/Hockey/Soccer Update Thread?


Cause if it is, I'd like to remind everyone that if Brooke Burke would leave a soccer game to sex me up on the ice at a hockey game, I'd steal an Indy car to go get her.

I can tell the folks at Exact Target work reeeeeeaaaaaaalllllllly hard. vbg
A

I don't fcuk with the devil and I never do tag-teams with blood relatives. 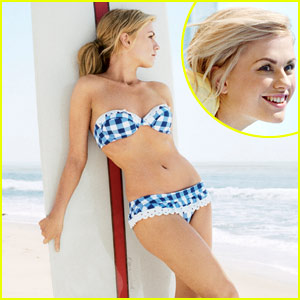 they're starting me off slow here

After a week of orientation and two weeks of training, I finally started getting cases this week. And today I was stuck with little to do while waiting on a response from client(s). Plus it really didnt require much work... just a simple copy&paste, with a few keywords edited and bleeping the banned words. Wah-lah
C

What position did you get there?*

Apparently Ankles over the shoulders...**

...am I the only person that realizes this is a cut & paste job with a few minor edits?

At least you admitted it...

...I'm not really upset with you; more disappointed with the lack of awareness on the OTF.
I

You're just the only one dumb enough to post the obvious.

Originally posted by C-$:
...am I the only person that realizes this is a cut & paste job with a few minor edits?

You can tell that they've seen the original.

Quit being such a

I'll admit that I was about two paragraphs in......

before I recognized it.

Pretty funny. And on point.
T

But, Money running around like he' has Sherlock Fk'in Holmes

Someone should shut him down ..

Maybe that was MD's intent in the first place.

Are you this dumb in real life?*

Re: Are you this dumb in real life?*

Depends on how much white man's drug I've consumed*

Also, I'm so oblivious to internet memes that I hadn't heard this one until you linked it. So, yes, me=under rock.

Nothing gets by you champ*